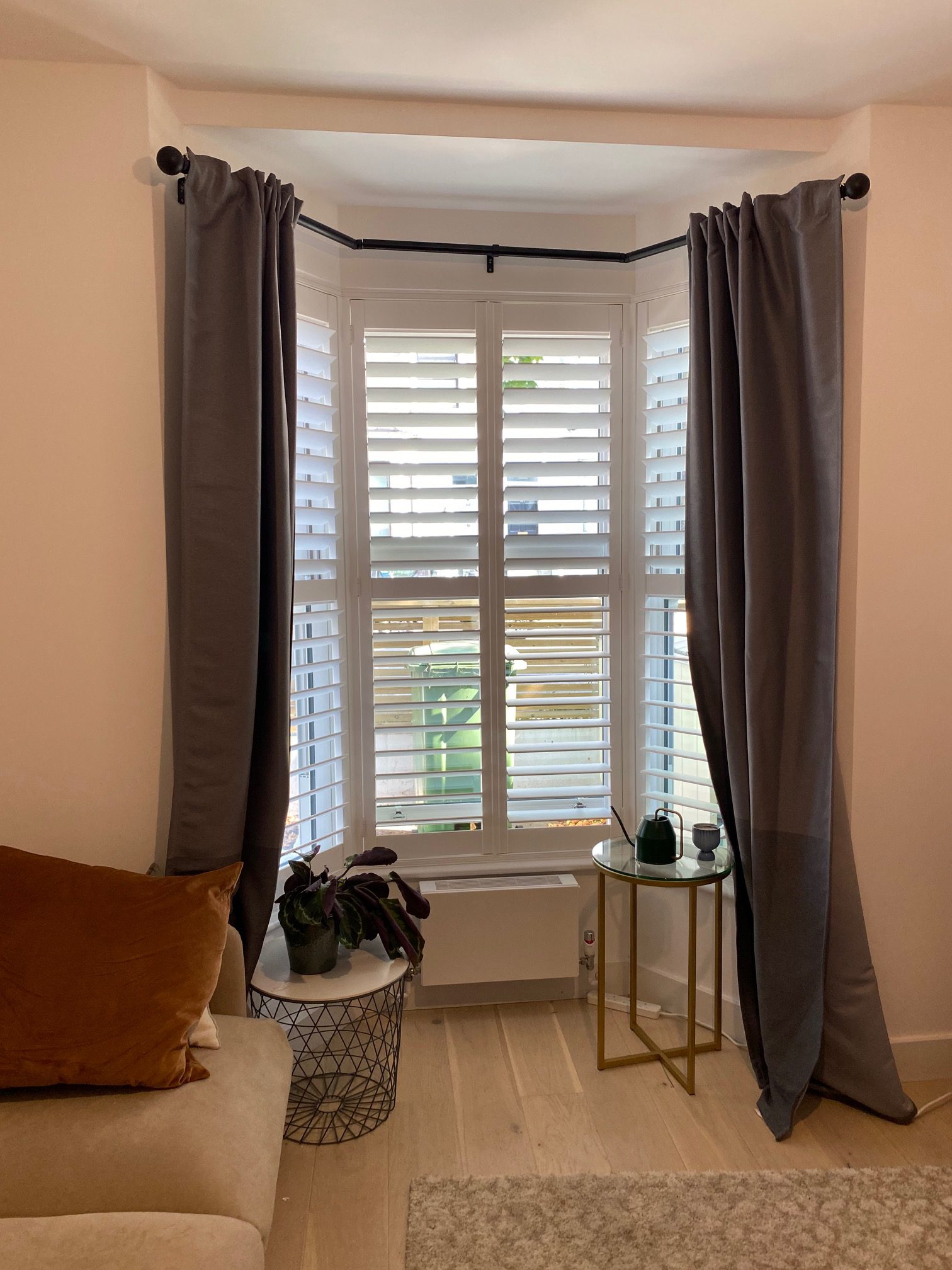 Bay windows are a beautiful home addition, and here as Totally Shutters, we see them in all shapes and sizes. Bays are often splay bays or box bays and in some cases, only have a return at one end. The style and size of the bay will often be influential on the bay window shutter design that would be best suited.

If your box bay is wide, having bi-folding panels in the central section may not be the best solution as you will have to bifold the large panels whenever you want to open a window. Instead, a t-post that reflects the design of the window may be better suited. This allows for easy access to the windows as you will only have a single hinged panel to open.

On smaller bays, tier-on-tier shutters can be detrimental in terms of light. It’s often believed tier-on-tier shutters let in more light because you have a separate top rail from the bottom set of panels. But in effect, a plank of wood in the middle of the window will block out light, having a huge effect on smaller windows.

With bay windows, a good size louvre makes all the difference. 76mm is the perfect size for large bay windows.

For more information on plantation shutters for your bay window, or to book your free, no obligation in-house survey, contact Totally Shutters today on 0203 960 6963. All bay window shutters come with a 5-year guarantee.